GUWAHATI: The last time Team India stepped on to the Barsapara Cricket Stadium turf for a T20I match here in 2017, a certain Jason Beherendorff from Australia wreaked havoc with his left-arm swing, consigning Virat Kohli’s men to an eight-wicket defeat.

That was the first international match to be hosted at this venue and it had turned out be a lopsided contest, with Indian batsmen crumbling in seaming conditions.

India, however, have fond memories of an ODI outing later in 2018, when Virat Kohli and Rohit Sharma chased down a mammoth target of 323 in just 42.1 overs against the Windies. 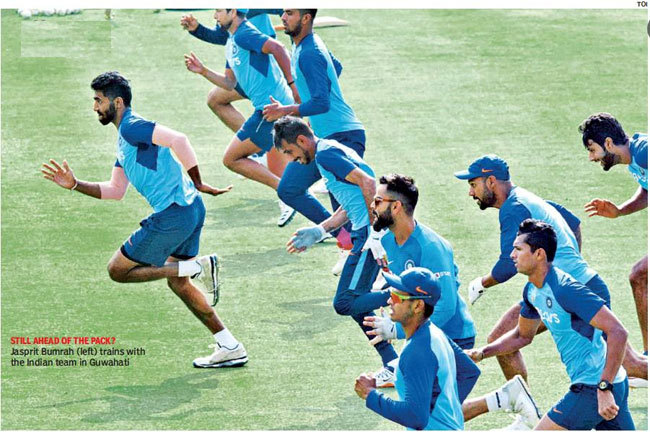 Come Sunday, Kohli’s troops will be looking to maintain that winning run in a new three-match T20I series against Sri Lanka, following their twin series win over the West Indies last month.

On a cool Saturday morning, despite it being an optional practice session, the hosts sweated it out under the watchful eyes of chief coach Ravi Shastri and bowling coach Bharat Arun. With India’s biggest find over the past half-a-decade,

, slated to make his comeback from a stress fracture of the back, the bowling will acquire further edge. 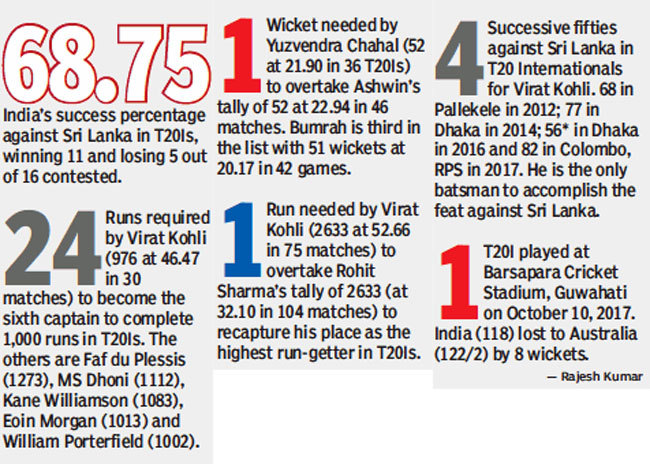 The spotlight is firmly on the Gujarat pacer, with the 26-year-old having become a key component of the side in all three formats. Along with Bumrah, Shikhar Dhawan, too, will be eyeing a successful return to the national fold after suffering a knee injury during the Syed Mushtaq Ali Trophy in November. Set to pair up with the in-form KL Rahul at the top, with Rohit Sharma rested for the three-match T20I series, the Delhi opener will be looking to get some runs under his belt after an indifferent outing against the men from the Caribbean Islands.

While India will be dealing with their set of comebacks, veteran

will be leading a young Sri Lankan side, which will also have another old pro making his return after a gap of 15 months – former skipper

. Besides Malinga, the Sri Lanka team boasts the likes of Avishka Fernando and Wanindu Hasaranga, who are more than capable of changing the fortunes of the match with the willow. Coupled with the white-ball skill and experience of left-arm seamer Isuru Udana, Sri Lanka do have the arsenal to challenge India. However, since Kohli’s debut, the islanders have never won a bilateral series against India.

GUWAHATI: Since their time together at Mumbai Indians, Jasprit Bumrah has always looked upon Sri Lankan skipper Lasith Malinga. Both fast bowlers have drawn comparisons for their unique and unorthodox actions, and Lankan captain Malinga said on Saturday it will be a difficult proposition for the seamer to create an immediate impact on his return from back-stress fracture.

“He’s the No. 1 bowler (in T20I cricket). He’s got the skill and accuracy but coming after the injury…. also he didn’t play much cricket in the last few months… that’s where most of the bowlers struggle to get rhythm for the first few matches. We want to take that advantage,” Malinga said, adding: “I’m really happy for Bumrah doing well. He’s my teammate (in Mumbai Indians). He’s their wicket-taking bowler now. Our batters are keen to handle him carefully.”

Handball could be downgraded after poor Asiad show