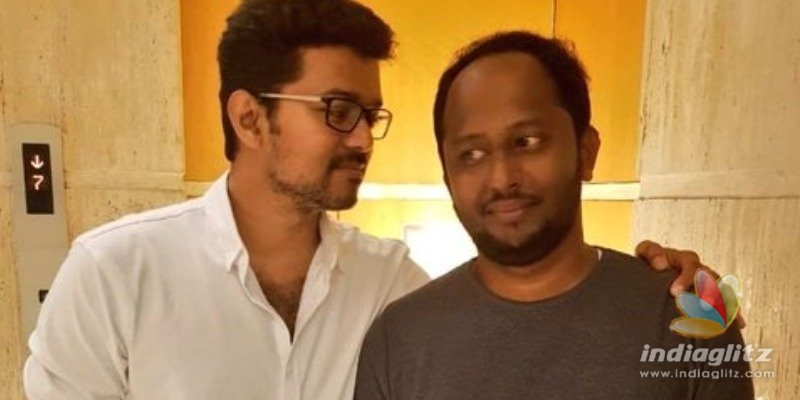 Thalapathy Vijay is currently shooting for ‘Master’ directed by Lokesh Kanagaraj and costarring Vijay Sethupathi.  Speculations are already rife on his next ‘Thalapathy 65’ with Shankar, Vetrimaaran, Arunraja Kamaraj, Magizh Thirumeni,  Perarasu and Mohan Raja in the fray to direct him next.  A news started spreading on the internet that Vijay, Sun Pictures and Shankar are joining hands and it was authenticated by a screenshot of Jagadish the producer of ‘Master’ and Vijay’s longtime associate. 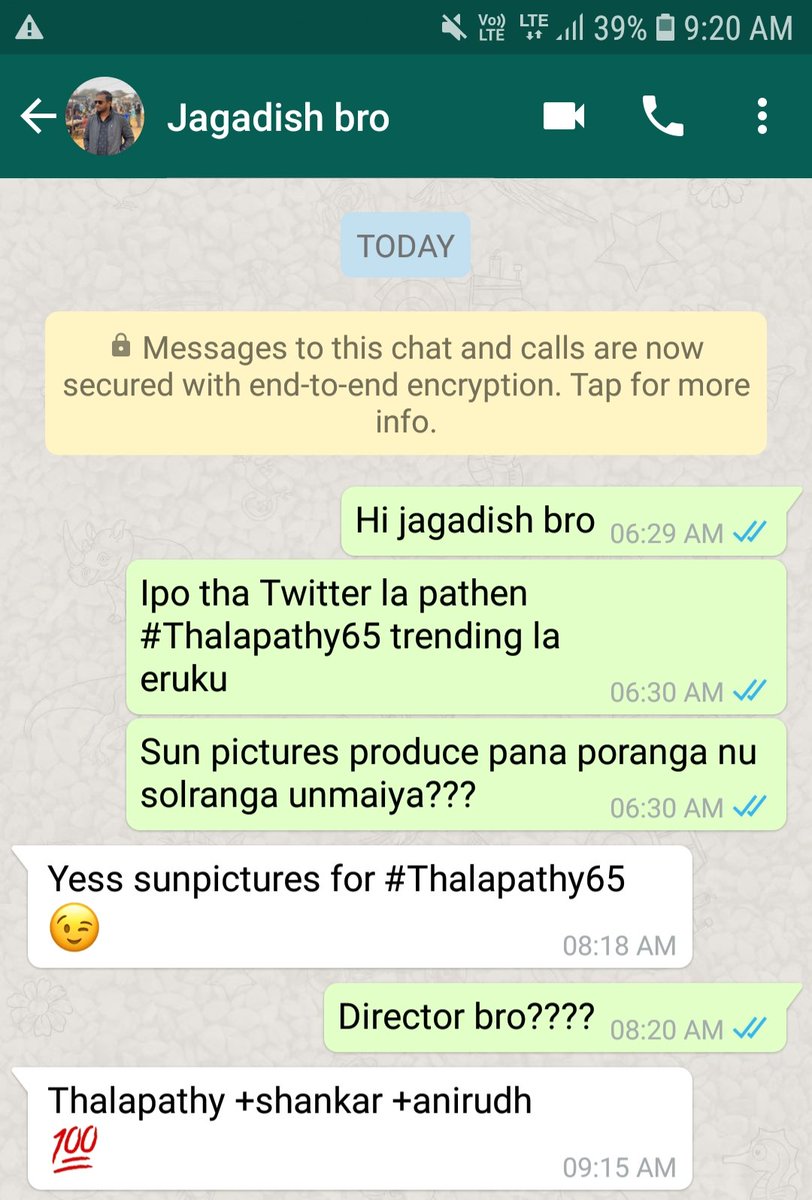 Jagadish has clarified that the supposed Whatsapp conversation is photoshopped and that its not from his id.  ‘Master’ is expected to release in Summer 2020 amidst great expectations and people in the know are of the opinion that the mass hero will finalise his next in the next few weeks and announce it officially.